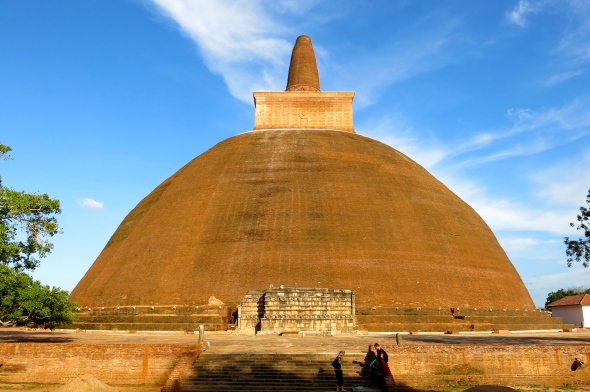 Anuradhapura is one of the ancient Sinhalese Buddhist capitals of Sri Lanka. The ancient city is most famous for its giant dagobas (dome shaped structures that house Buddhist relics). Their sheer size is breathtaking and are a colossal reminder of Anuradhapura’s golden age. They are also bloody hot to walk around!

The ancient city still functions as a place of worship and is bustling with pilgrims on holy days and weekends. Upon entering a Buddhist place of worship you have to remove your shoes as a sign of respect. When the place of worship is made of stone and exposed to the scorching heat of the Sri Lankan sun it provides a true test of faith for any pilgrim wishing to stand at its altars. The ancients must have designed them like this to weed out the impostors from the true belivers.

Anuradhapura flourished from the 4th century BC until the beginning of the 11th century AD at which time it was taken over by advancing armies from India. They must have been wearing well insulated shoes. 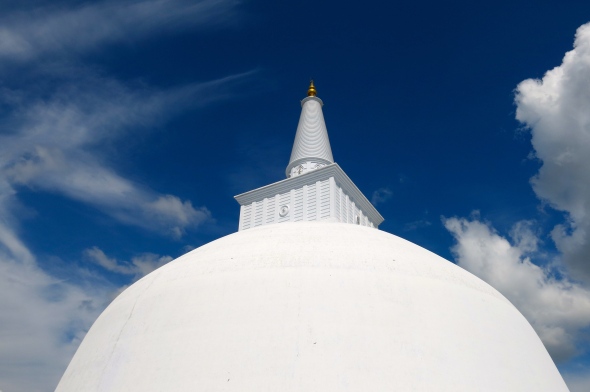 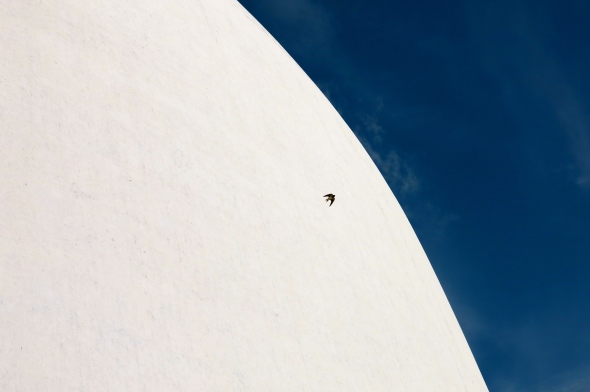 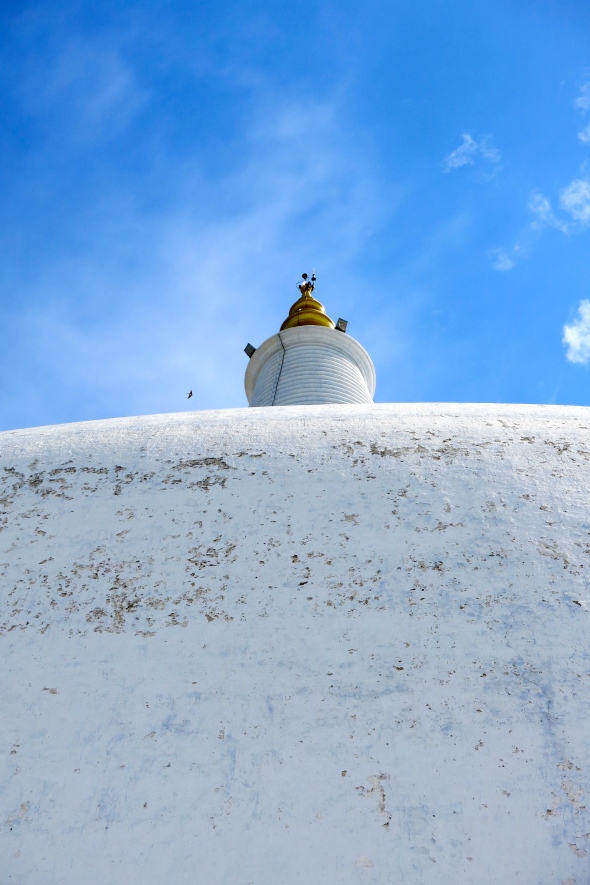 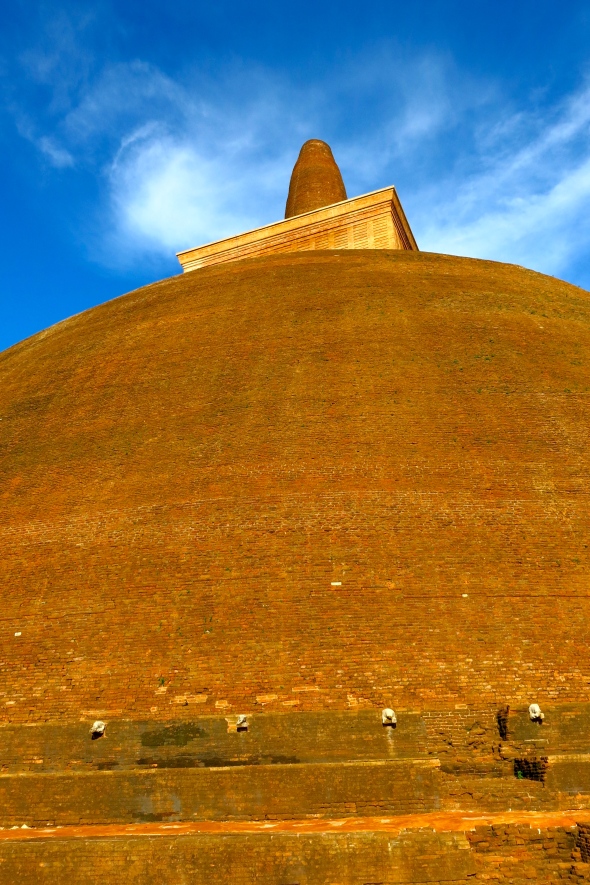