We have taken one internal flight in Sri Lanka, and it was fantastic until we landed. We decided to fly back to Colombo from Trincomalee as we had been driving for the last week and thought it would be a nice scenic thing to do. Domestic flights are taken on a small single propeller plane which fits about 12 passengers. Our flight was due to leave at 3:00pm but we left at 3:30pm as the pilot received a call just as we were hurtling down the runway that two passengers had finally turned up. They made up 50% of the manifest so it was worth it to the airline. 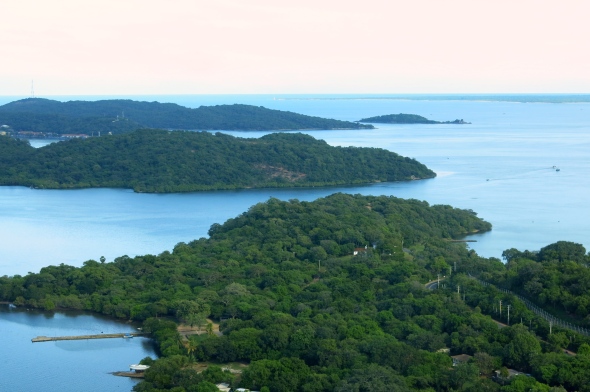 Flying east to west across the country you make your way to Anuradhapura and across to the west coast town of Puttalam where you take a turn south and follow the coast to Colombo.

Endless stretches of paddy fields dotted with temples and Buddha statues mark the landscape around Anuradhapura. From the air the paddy fields look like the skin of a giant crocodile that was wallowing in the mud. To our left window a thunderstorm was rolling in, drenching the farmland below. We climbed steeply as we skirted around the storm before levelling off and heading south. The coast was scattered with fishing villages and out in to the ocean we could see the procession of container ships as they made their way to and from Colombo. We landed smoothly at Ratmalana airport south of Colombo an hour and a half after take off. 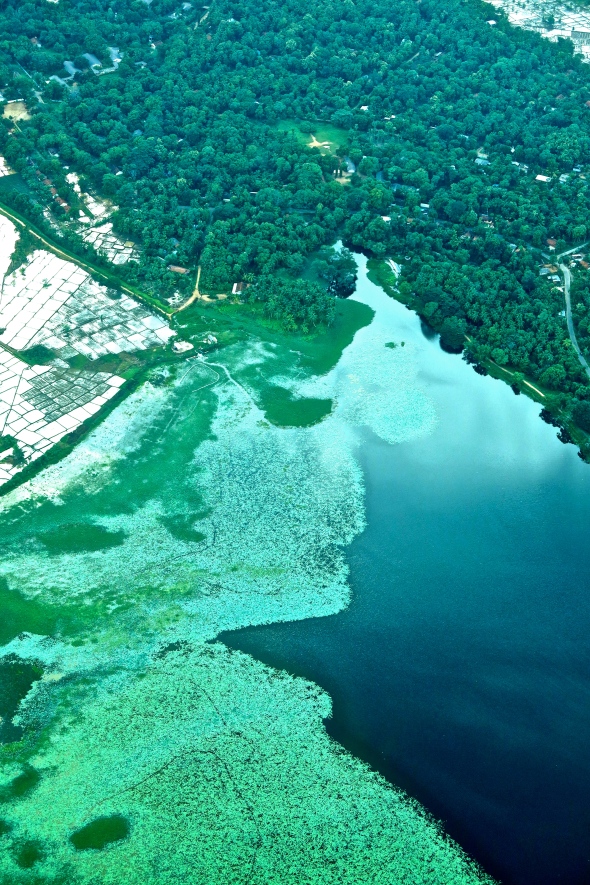 On arrival the pilot turned around from the cockpit and addressed the four of us. He said and I quote “Wow that was pretty lucky, I didn’t think we were going to make it for a while, I had to climb pretty steep to escape that storm and we nearly didn’t have enough fuel”. He was an iceman, we had no idea. Sometimes its better not to know at all. 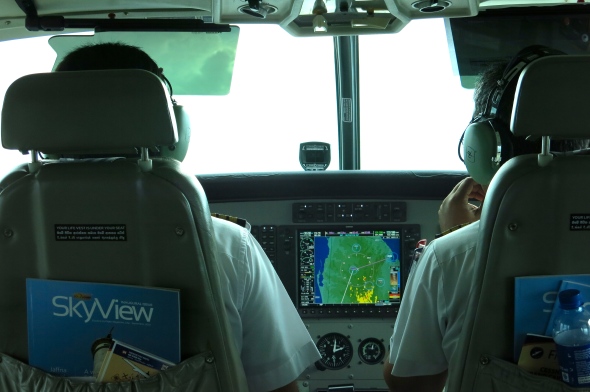 10 May This entry was published on May 10, 2014 at 10:28 am. It’s filed under Photography, Travel and tagged flight, nature, Photography, plane, rain, Sri Lanka, Travel. Bookmark the permalink. Follow any comments here with the RSS feed for this post.