The Farah III was a container ship that was high-jacked/ran aground on the North West coast of Sri Lanka in 2006 and was used by the Tamil Tigers as the base for their sea operations. It’s about 150m long and lies like an ancient skeleton on the windswept beach of Mullaitivu. Once eroded by bullets it’s now weathered by the wind and sand, and has been recently dismantled and sold for scrap metal. 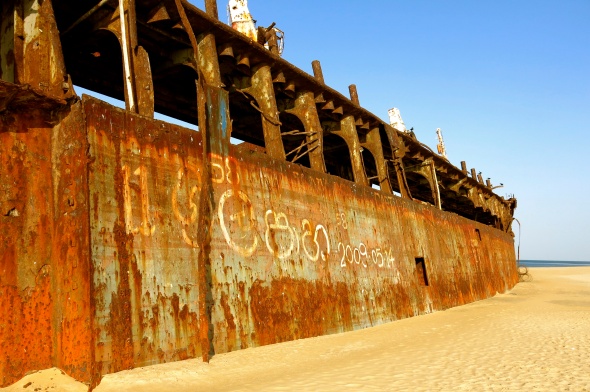 12 Mar This entry was published on March 12, 2014 at 4:07 pm. It’s filed under Photography, Travel and tagged Beach, Photography, ship, Sri Lanka. Bookmark the permalink. Follow any comments here with the RSS feed for this post.