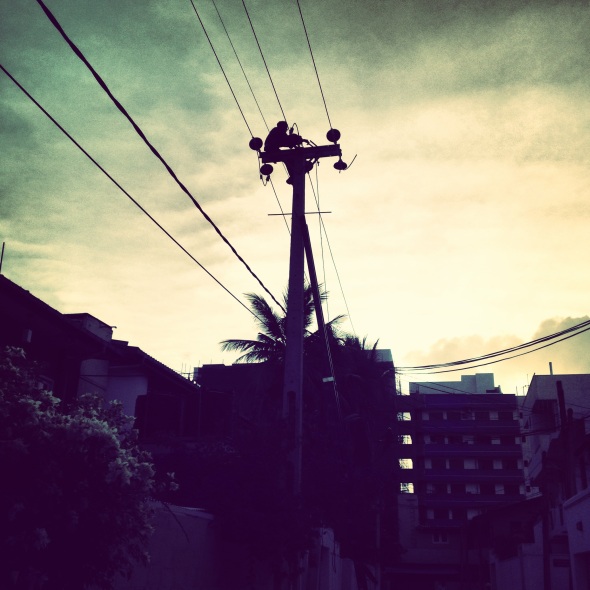 Yesterday afternoon our street was overtaken by a swarm of Lego men. Dressed in matching blue overalls and yellow hard hats, these Lego men perched themselves on every power pole in the street. With only an old piece of rope for a harness they smoked, waved, played with their phones whilst straddling their makeshift crows nests. The Lego army flung steel cables up and down the power poles sometimes catching them, most often not. Apparently they were fixing the power lines but I think they were auditioning for the new Cirque du Soleil – Electric Lego. 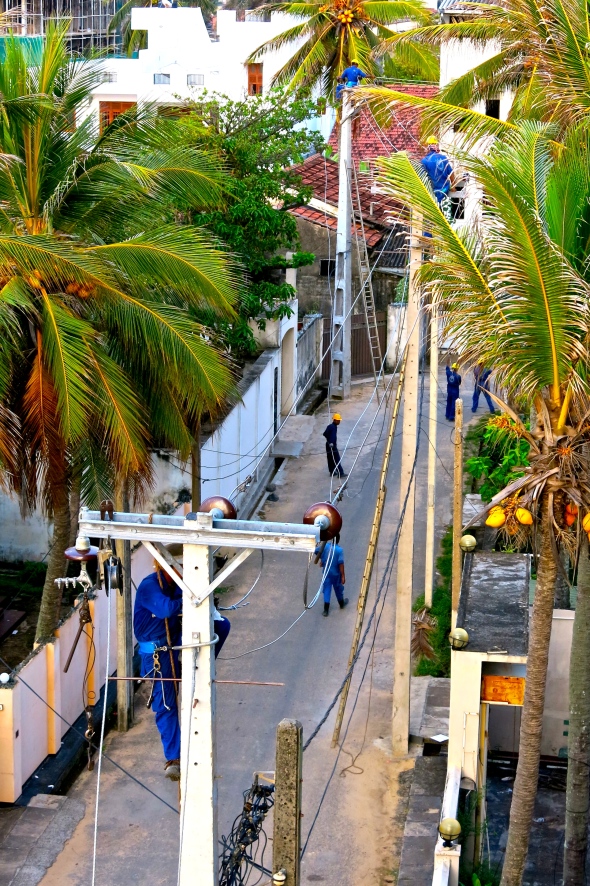 16 Oct This entry was published on October 16, 2013 at 7:28 am. It’s filed under Photography, Travel and tagged home, lego, Sri Lanka, Travel. Bookmark the permalink. Follow any comments here with the RSS feed for this post.