A better bowler than me

On our return to Sri Lanka I was roped into playing a six-a-side cricket competition. Roped in is probably not completely accurate. I willingly volunteered my services. Ok, I begged to play. Held over three days, the Fusion Cricket Championship is the preeminent Colombo Christian Churches Social Cricket Competition (try saying that as fast as you can six times). 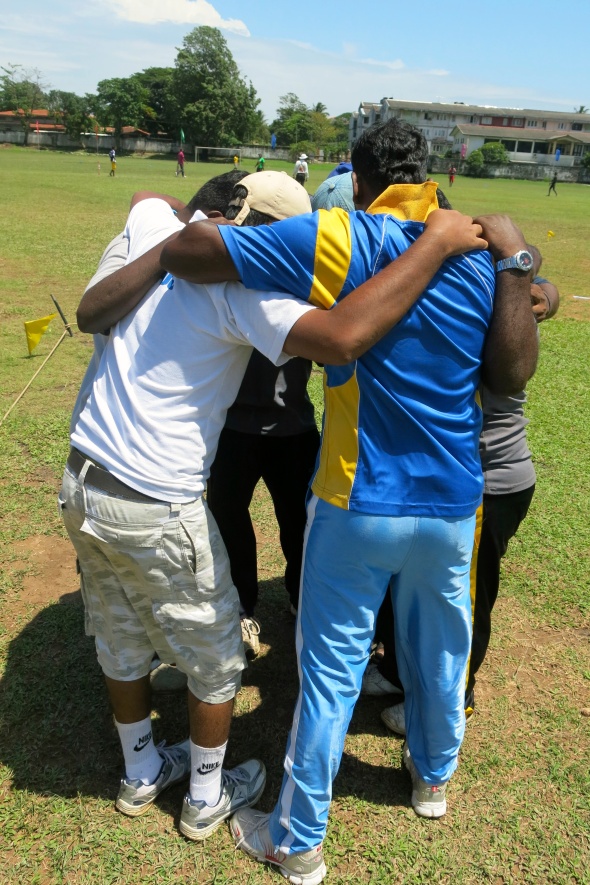 These are my take homes from the competition:

1. Don’t warm up.
The tournament was due to start at 9:00am so given local custom we arrived at 9:30am to find the ground still being set up. This gave us plenty of time to warm up before the matches started. In its heyday the warm up area was probably a nice basketball court, but 30 years of neglect and months of monsoon rain had transformed it into a muddy gravel pit. A perfect place to warm up.  Steaming in off the long run whilst doing my best Merve Huges impression (much to the delight of myself), I was just about to unleash a rocket when I stepped onto what I thought was solid ground. Not solid ground. I went head over heels into the gravel pit which claimed half the skin off my leg. A quick trip to the local doctor to pull a small quarry out of my leg and an hour later I was still 30 minutes early for the first game. 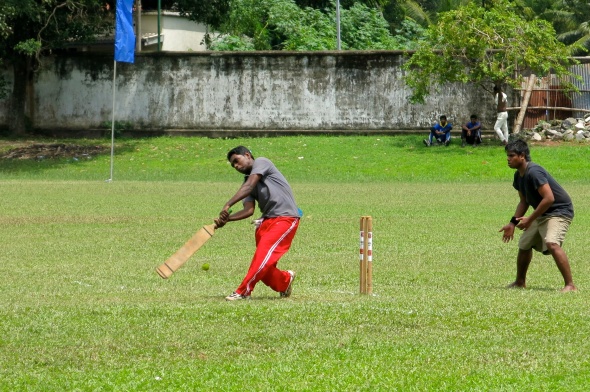 A better batsman than me

2. Rules, what rules?
The tournament was a six-a-side, four overs per team, to be played with a tennis ball. Day one overs were four balls long, day two we got an extra ball per over. Day one LBW was not a method of dismissal, day two it was on one ground but not on another. Men could bowl over arm to men but under arm to women. If you could not bowl under arm you could throw over arm to the ladies. Women could bowl or throw however they wanted to. Two runs were given for a wide or no-ball. Across the tournament there were four cases of no balling due to throwing (in Sri Lanka of all places, I know its barely believable). One of these allegations was levelled against a member of my team leading me to intervene so that the over could continue. The umpire asserted that the bowler actually knew how to bowl properly and was throwing on purpose. Ohhh a conspiracy theory! I assured the umpire that the bowler did not know how to bowl properly as he had not been taught how to, that this was a social churches comp and that he had been hit for two sixes off his first two balls, so maybe we could just let it slide this one time. Logic prevailed and another six later the over ended. 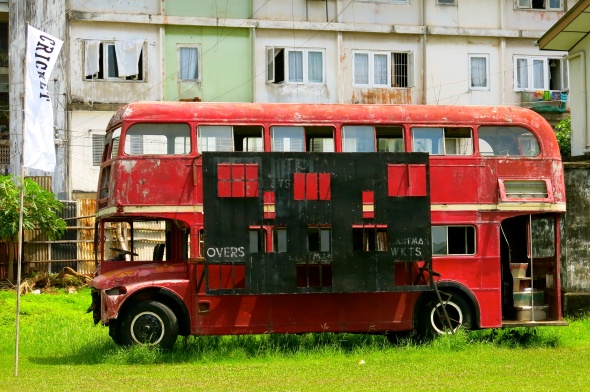 3. Understand the local conditions.
See point one. This was not a bowler friendly environment. Bowling with a tennis ball into the wind on a muddy grass pitch with tiny fair ball zone and the longest boundary about 20m away does not make bowling easy. My figures of 0-22, 1-16, 0-20 were generous. The only wicket I took was that of a 10 year old orphan boy. The ball turned from outside off stump and hit the top of leg – I am going to hell.

4. Winning is everything.
I did mention this was social? When combining Sri Lankans and cricket, social goes out the window. This was a highly competitive event with wickets and boundaries celebrated with all-ins, fist pumps, knee slides (intentional ones), dancing, bum slaps, and more high tens than a West Indies post game reggaeton party. 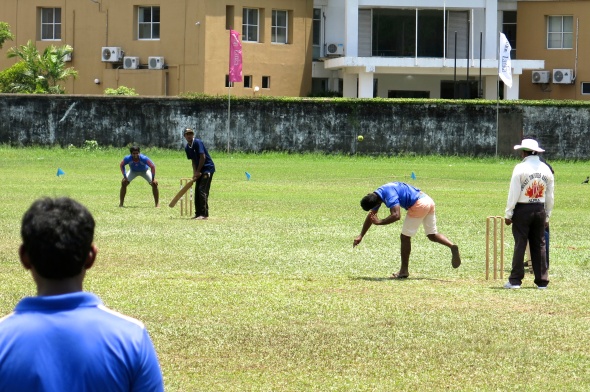 5. If you can’t win – dance.
Our team lost every single game. But what we lacked for in cricketing skill we (everyone but me) made up for in dancing ability. With the ground sound system cranking out pop hits all day long, our boys spent more time running their own version of so you think you can dance than playing cricket.

We had three teams in the tournament, one of which one was a mixed team. None of the teams won a game, but the mixed team did win the mixed team trophy as they were the only mixed team. A win by default and a certificate for participation. You take what you can get.

The home of cricket

02 Oct This entry was published on October 2, 2013 at 4:03 am. It’s filed under Photography, Travel and tagged cricket, sport, Sri Lanka, Travel. Bookmark the permalink. Follow any comments here with the RSS feed for this post.